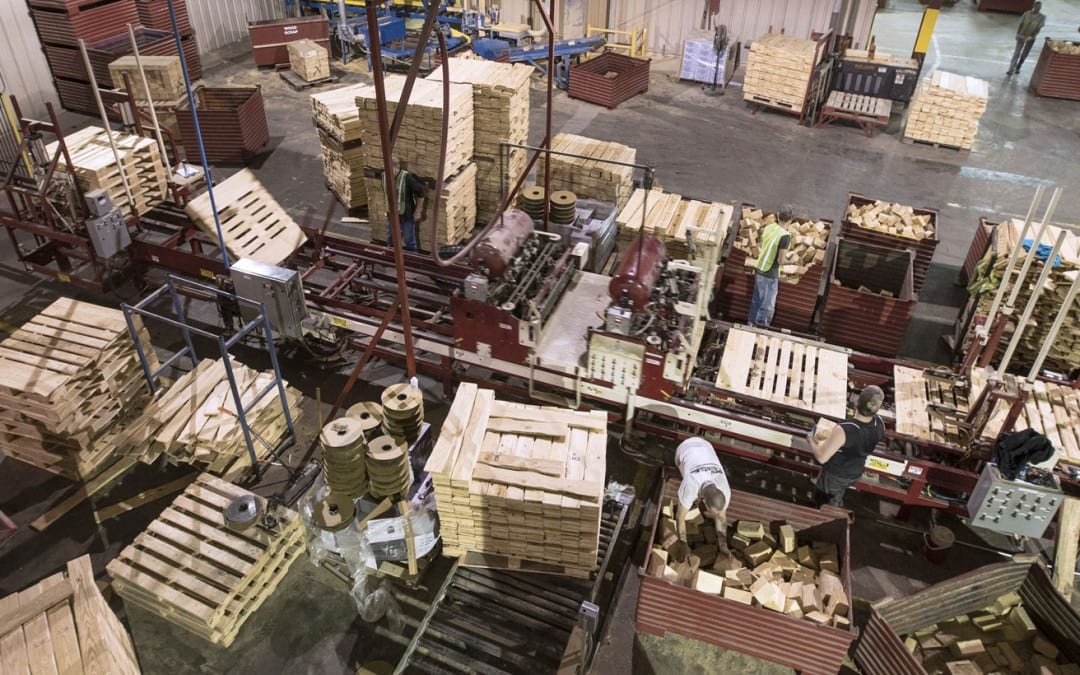 According to the article The Single Most Important Object in the Global Economy, one of the two major factors that led to the rise of the pallet was World War II.

As discussed in last month’s blog, pallets evolved throughout the first half of the 1900s, and although it was evident that they improved efficiency, pallets were not widely used before the war. Packaging Revolution’s article A History of Pallets During World War 2: A Call to Action explains why: “The surplus of labor in the work force, in combination with the lack of capital available for investment in facilities and equipment effectively put palletization onto the back burner. This was especially true for the military.”

The article continues, “As the military build-up began in 1940, pallets were seldom employed, and packing cribs were usually poorly constructed. Army Quartermaster depots of the day were largely dependent upon hand operated equipment.”

Of course, this limited the efficiency of storing and handling goods, and, “while such limitations were not a serious concern for the small peacetime Army of the 1930s, they presented a far greater dilemma as the 1940s unfolded.”

An article by Packaging Revolution about the invention of the four-way pallet talks about one of the big logistical challenges the war presented. “As the Second World War unfolded, military logisticians were left with the daunting task of expediting materials to support operations underway in the farthest reaches of the Pacific, while reducing very high damage and spoilage rates.” The solution was found when “thought leaders of the time recognized the potential for lift trucks and pallets”.

While pallets and lift trucks greatly improved efficiency, “optimizing the loading of ship holds and other confined spaces with the solid stringer two-way pallets of the day” was a challenge. A solution was found with the invention of the block style four-way entry pallet, which allowed fork entry from all four sides, rather than just two. This new pallet design resulted “in greater flexibility in pallet placement by forklifts”, making the process of loading supplies much easier and faster.

Another article by Packaging Revolution about the history of pallet pooling touches on another way people better utilized pallets in war time.  “As the War progressed, leaders came to recognize the material handling efficiencies that could be gained through standardizing pallet sizes, both in terms of warehousing operations, as well as in being able to more readily reuse pallets.” So, the 48×48 standard size pallet was established between the U.S. and its allies, which made it a lot easier to ship supplies.

Pallets played a critical role in the logistics of World War 2, and the war, in turn, played a big role in the further development of pallets and how they are used today, with the invention of the four-way entry pallet, as well as the concept of using standardized pallets.