The History of Pallets 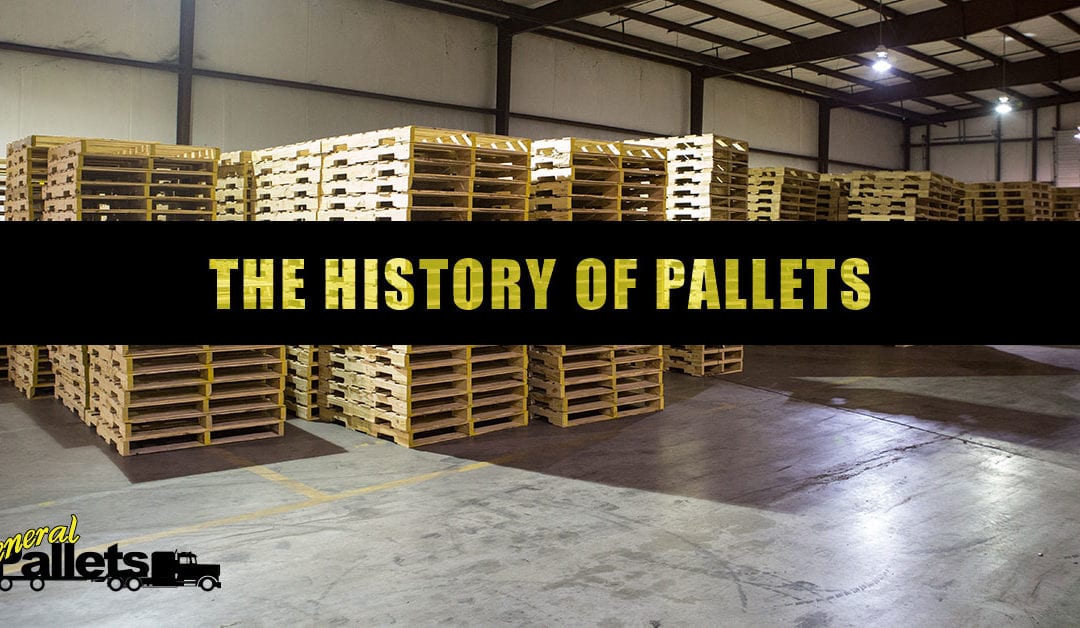 How long have pallets been moving the world?

Well according to Packaging Revolution’s article What Came First, the Pallet or the Forklift, “Pallet-like structures have been used as bases for at least a few hundred years for applications such as the safe stacking and stabilization of kegs. Skids, may, in fact, have been used as long ago as the 1st millennium BCE.”

Skids, as described in the article The Single Most Important Object in the Global Economy, “were, essentially, pallets without a bottom set of boards”. These simple wooden skids, which were “used to help transport goods from shore to ship”, and pallets, “allowed shippers to ‘unitize’ goods, with clear efficiency benefits.”

The article goes on to quote Pallet Enterprise magazine: “According to an article in a 1931 railway trade magazine, three days were required to unload a boxcar containing 13,000 cases of unpalletized canned goods. When the same amount of goods was loaded into the boxcar on pallets or skids, the identical task took only four hours.”

So how did we get from the early wooden skid to the modern pallet we use today? According to Packaging Revolution’s article, pallets evolved in stages, and there are several early pallet patents that exist. The article examines the evolution and history of the pallet, which is intertwined with that of the forklift. Here’s a rough timeline of its evolution:

That brings us to World War II years, a very significant time in pallet history. The important role the war played in leading to the rise of pallets will be the topic of next month’s blog.

As pallets and machinery evolved, it became more and more clear just how efficient pallets were. Since the appearance of wooden skids in the late 1800s, pallets have been an important piece in the economy, and they still are, as they continue to move the world.